The last time British audiences saw Charles Esten he was in a coma, clinging to life after an emergency liver transplant caused by half a lifetime of alcohol abuse and emotional self-indulgence.

Well, to be fair, it wasn’t Esten who was in God’s waiting room, it was Deacon Claybourne, the character he plays in Nashville, the hyperbolic, happily trashy serial that does for Music City what Dallas did for Texas. Nashville has civic corruption and scandal and drugs and closeted gays and big-haired divas and men in denim doing what men in denim gotta do, and women going shopping for dresses for weddings that will never happen. All of that.

So the last time British audiences saw Esten was, most likely, when he was starring as Buddy Holly in the West End musical Buddy. Some will also remember him (as Chip Esten) from the Channel 4 improvisational comedy series Whose Line is it Anyway? He did two years alongside the likes of Greg Proops before taking the show to the US. But now he’s coming back, and while he’ll be billed under his real name, Esten will bring a bit of Deacon with him, as he performs country music for two nights in London.

It is one of the peculiar side-effects of Nashville the show that it has made stars of its performers. From the beginning it was serious about the music. Series creator Callie Khouri (who won an Oscar for the Thelma & Louise screenplay) initially worked with her husband, respected producer T Bone Burnett, though he quit after one series, claiming that “some people were making a drama about real musicians’ lives, and some were making a soap opera”. Burnett’s place was taken by the equally well-regarded musician Buddy Miller, and the show has spawned a series of successful soundtrack albums, boosting the music careers of Esten, Clare Bowen and Kent-born Sam Palladio.

Esten has now performed around 50 times at the Grand Ole Opry. He made his debut as Deacon, standing in the wings beside Rayna James (Connie Britton), but he now appears under his own name. “That strange line between what we get to do and what our characters get to do, it’s not just been blurred,” says Esten, “it’s gone. I don’t kid myself at all. There’s a lot of things in this town where I’ve had to say ‘Do I deserve this?’ I just was not going to say no, that’s for sure. So the applause that you get in the beginning is because you’re on the show. The applause that you get at the end is based on how you did that day.”

Esten’s career has fluctuated between music and acting. He was more of a musician than an actor when he got the lead role in the London production of Buddy in 1991. “I got that job because of my musical background. I was barely an actor yet. For those two years I was supporting what I was learning, acting, with what I kind of knew, which was music.”

Throughout his time in Buddy, Esten lived with his wife Patty in a mews apartment in Paddington, “a short skip and a jump across Hyde Park” from the Victoria Palace theatre.

“I get to live in Nashville as this guy who plays Deacon Claybourne, which is just an amazing way to get to live in Nashville, but getting to be the guy who was playing Buddy Holly at that time, that was not a bad way to live in London. I got to play in the Royal Variety Performance with Diana Ross. I have a photo on my wall where I got to meet the Queen. Princess Diana came to the show one night with the two young princes. It was quite a run for a young guy just getting to find his feet. It took a while for it to get as good as that was again.” 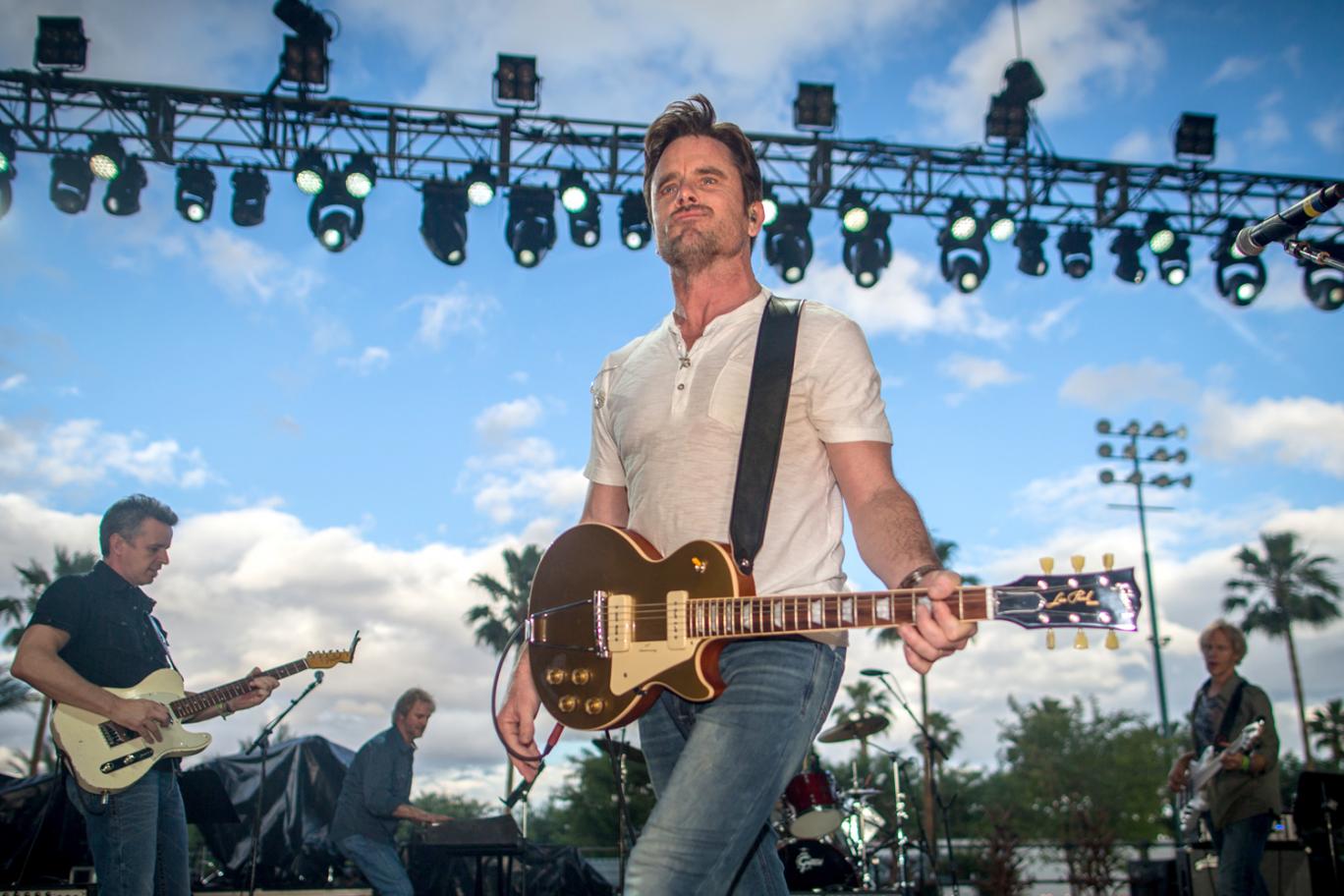