He watched firsthand as the game transform players like Terry Bradshaw and “Mean” Joe Greene into household figures.

“One minute I’d be in the locker room hanging out with these guys and then we’d walk out the door and they’d be swarmed by people wanting autographs and everything,” Esten, 53, said.

“I remember my kid eyebrow raising up and being like ‘Well, what is this thing called? What’s going on here?’” 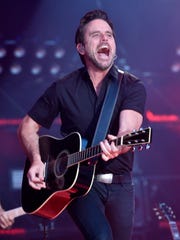 Esten isn’t planning too many surprises for Saturday’s appearance, he said. He’ll do a full band set and might find time to roll out a few new tracks. He’s sharing a backing band, Sixwire, with the NFL.

“To be sure, there are some serious, serious decisions being made by the teams and the organizations but that doesn’t mean that all the people out there waiting, with a beer in their hand, don’t wanna have a good time.” 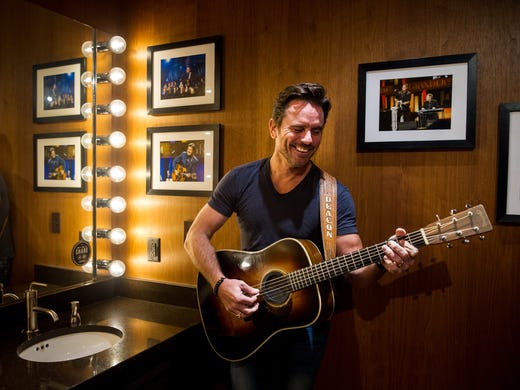 Esten’s appearance comes nearly a year since Claybourne and the remaining cast of “Nashville” exited cable airwaves. With “Nashville” providing momentum for a musical career, the Pennsylvania native decided to stay in Music City. Since joining the show, he's performed more than 100 times at the Grand Ole Opry and (unintentionally) set a Guinness World Record for releasing 54 singles in as many weeks.